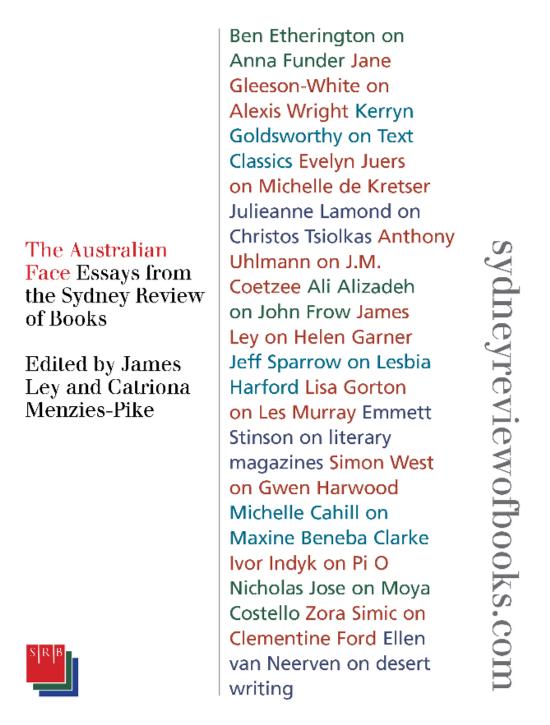 The Sydney Review of Books is AustraliaÂs leading space for longform literary criticism. Now celebrating five years online, the SRB has published more than five hundred essays by almost two hundred writers. To mark this occasion, The Australian Face collects some of the best essays published in the SRB on Australian fiction, poetry and non-fiction. The essays in this anthology are contributions to the ongoing argument about the condition and purpose and evolving shape of Australian literature. They reflect the ways in which discussions about the state of the literary culture are constantly reaching beyond themselves to consider wider cultural and political issues.

The Sydney Review of Books was established in 2013 out of frustration at the diminishing public space for Australian criticism on literature. ThereÂs even less space for literature in our newspapers and broadcast media now. The Sydney Review of Books, however, is thriving, as the essays in The Australian Face show. Here, youÂll read essays on well-known figures such as Christos Tsiolkas, Alexis Wright, Michelle de Kretser and Helen Garner, alongside considerations of the work of writers who less frequently receive mainstream attention, such as Lesbia Harford and Moya Costello.