Seven and a Half 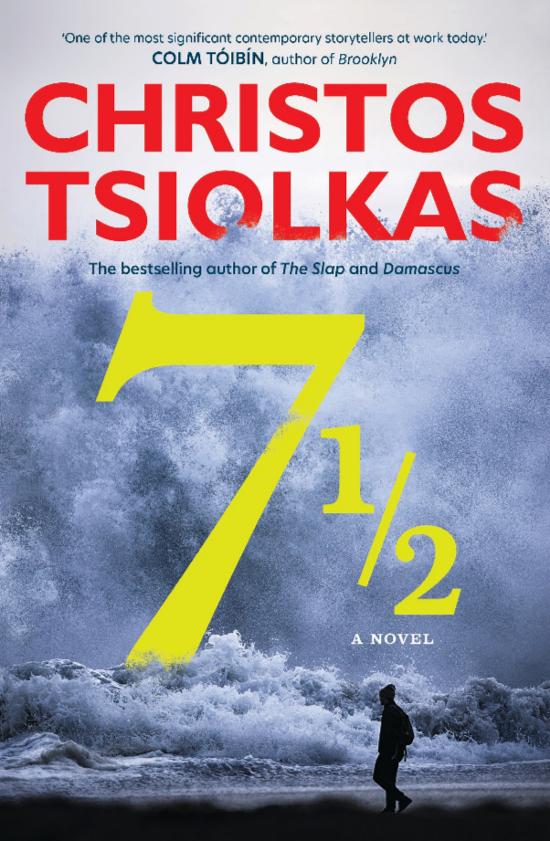 Seven and a Half

A man arrives at a house on the coast to write a book. Separated from his lover and family and friends, he finds the solitude he craves in the pyrotechnic beauty of nature, just as the world he has shut out is experiencing a cataclysmic shift. The preoccupations that have galvanised him and his work fall away, and he becomes lost in memory and beauty ...

He also begins to tell us a story ...

A breathtakingly audacious novel by the acclaimed author of The Slap and Damascus about finding joy and beauty in a raging and punitive world, about the refractions of memory and time and, most subversive of all, about the mystery of art and its creation.

'Visceral, muscular and relentless...A powerful parable of our times.' - The Saturday Paper

'Every time I was 10 pages in a new book, I thought, 'It's not Damascus', and put it aside for another day...What struck me, with incredible power, was how Tsiolkas renders as ordinary people the names we know as gods, saints, demons, provocateurs, persecutors and protectors.' - Stephen Romei, The Australian

'A brutal but riveting read, created by one of Australia's greatest literary talents.' - The Age

'Damascus is ambitious...dripping with blood and sweat and reek of humanity, such is the violence and poverty of the era, which Tsiolkas skilfully and vividly renders.' - The Weekly Times

'A narrative of shock and awe, fear and trembling, so large in ambition it will probably be the book for which [Tsiolkas] is best remembered.' - Geordie Williamson, The Weekend Australian Christos Tsiolkas is the author of six novels, including Loaded, which was made into the feature film Head-On, The Jesus Man and Dead Europe, which won the 2006 Age Fiction Prize and the 2006 Melbourne Best Writing Award, as well as being made into a feature film. His fourth novel, the international bestseller The Slap, won Overall Best Book in the Commonwealth Writers' Prize 2009, was shortlisted for the 2009 Miles Franklin Literary Award, longlisted for the 2010 Man Booker Prize and won the Australian Literary Society Gold, as well as the 2009 Australian Booksellers Association and Australian Book Industry Awards Books of the Year.

Christos's fifth novel Barracuda was shortlisted for the ALS Gold Medal and the inaugural Voss Literary Prize. The Slap and Barracuda were both adapted into celebrated television series. Christos's acclaimed collection of short stories, Merciless Gods, was published in 2014 and his critical literary study On Patrick White came out in 2018. His latest novel, Damascus, was published in 2019 and won the 2019 Victorian Premier's Literary Award for Fiction. He is also a playwright, essayist and screen writer. He lives in Melbourne.
Author:   Tsiolkas, Christos
Publisher:   Allen & Unwin
ISBN: