Picturing a Nation: The Art and Life of A. H. Fullwood, by Gary Werskey 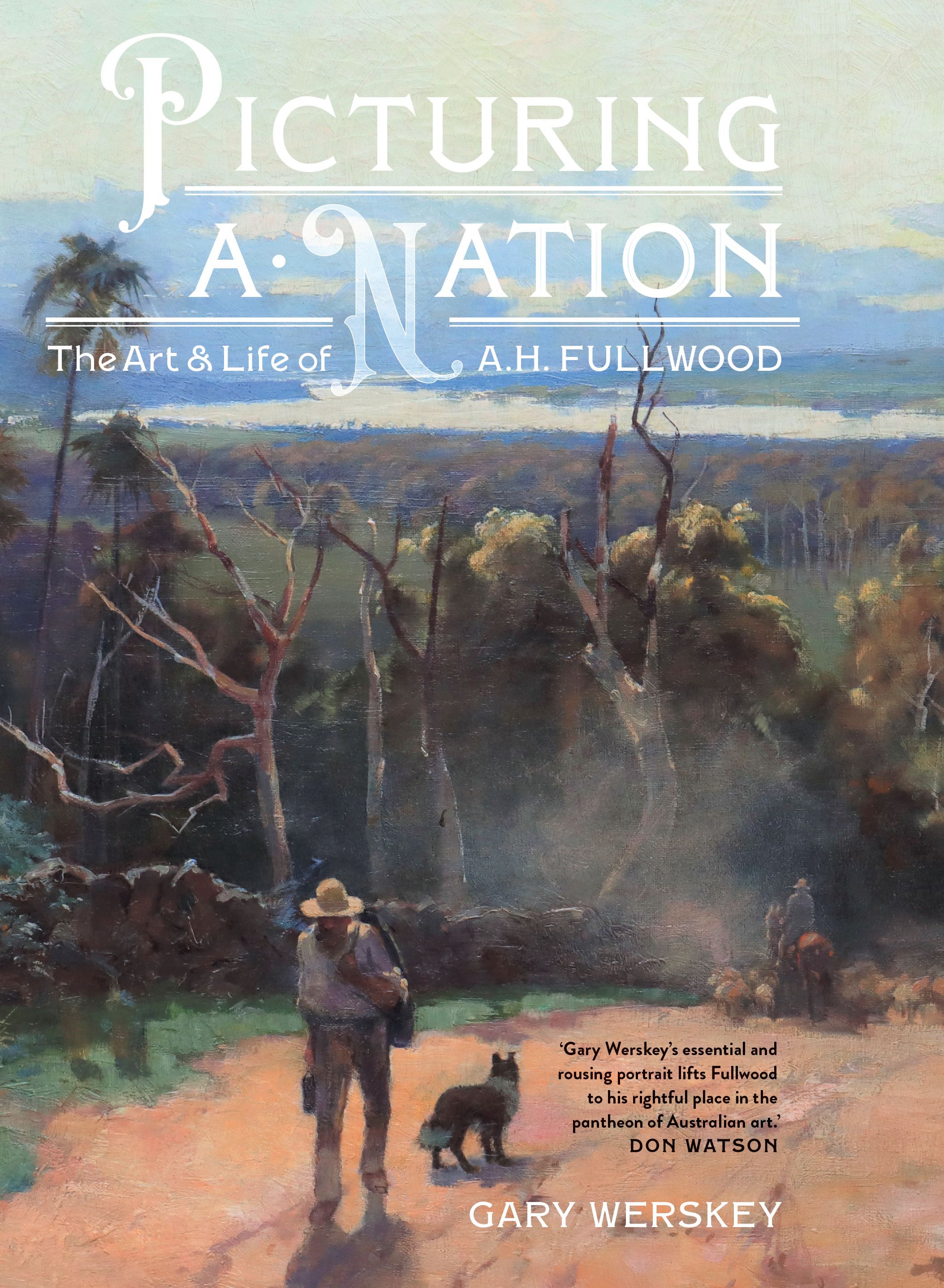 Join us for an instore event with Gary Werskey, author of the recently published Picturing a Nation: The Art and Life of A. H. Fullwood

Picturing a Nation tells the story of a major Australian artist. Regarded in his day as an important Australian impressionist painter, A.H. Fullwood (1863–1930) was also the most widely viewed British–Australian artist of the Heidelberg era.

Fullwood's illustrations for the popular Picturesque Atlas of Australasia and the Bulletin, as well as leading Australian and English newspapers, helped shape how settler–colonial Australia was seen both here and around the world. Meanwhile his paintings were as celebrated as those of his good friends Tom Roberts and Arthur Streeton. So why is Fullwood so little known today?

In this pioneering, richly illustrated biography, Gary Werskey brings Fullwood and his extraordinary career as an illustrator, painter, and war artist back to life, while casting a new light on the most fabled era in the history of Australian art.

'Gary Werskey's compelling and vivid biography of A.H. Fullwood — a decade-long labour of love, written with a sharp, empathetic eye — rescues one of Australia's most accomplished artists from oblivion. It also stands as a highly original and deeply researched history of Australian culture in the late nineteenth and early twentieth centuries.' — Mark McKenna

'Through extensive, patient research, a discerning eye and lyrical prose, Gary Werskey recovers the life of brilliant artist A.H. Fullwood and guides us on a fresh journey into the fabled world of Australian art and artists in the crucible decades of the 1880s and 1890s. Here is a fascinating creation story about the visual language of a nation enchanted by its own dreams.' — Grace Karskens

'Gary Werskey's essential and rousing portrait lifts Fullwood to his rightful place in the pantheon of Australian art, and reminds us how much the nation owes a generation of inspired bohemians for uncovering and defining its character and identity. It's a great read, and looks beautiful.' — Don Watson

'Werskey has used the engaging life and work of A.H. Fullwood to re-cast the history of Australia's settler–colonial art. Set against the era's revolution in how art was produced and reproduced, Fullwood's pictures reveal him to be a master of half-toned illustrations, underpinned by the high-keyed palette of his creativity. A double vision splendid!' — Humphrey McQueen

'An outstanding account of one of Australia's most fascinating Bohemian artists. Werskey not only reveals the very heart of Fullwood's art, but uncovers an Australian Georgic in which a prosperous agriculture emerges on small farms, and the life of the pub and the office and the quiet corners of the everyday in settler Australia are brilliantly evoked.' — Jeanette Hoorn

Gary Werskey is a Harvard-trained biographer and cultural historian who has held academic positions at Edinburgh University, Imperial College, and the University of NSW. For the past decade he has promoted the study of Australian history to a wider audience as a co-founder of the Blackheath History Forum. He is currently an Honorary Associate in the University of Sydney's Department of History. His best-known work is The Visible College: A Collective Biography of British Scientists and Socialist of the 1930s.

Gary is also the co-curator of the National Library of Australia's current exhibition A Nation Imagined: The Artists of the 'Picturesque Atlas', which would be well worth seeing prior to this event.